In Mesopotamia, there were primarily four classes comprising priests, the nobility or the upper class, the craftsmen and trades people, who were considered the lower class and there were slaves. Each class had their own powers and had their own functions which were clearly defined. All members of a particular class were characterized by their dresses and occupations to a certain extent.

There were no doctors among the Mesopotamia classes and the priests were responsible for attending to the sick. They were the guardians of society and wielded a lot of power.

Priests ensured that society stuck to clear cut norms which they thought would make god happy. Written records exist from the period where a priest dressed up as a fish to pacify the water god while attending to a patient. Priests shaved their heads and wore sheep wool cloaks in winter.

Dignity of labor existed in ancient Sumer and laborers and they were always paid for their work. They worked in shops or on the fields, but were punished severely if caught stealing. Everyone was paid reasonably, lived in houses and enjoyed a decent living. 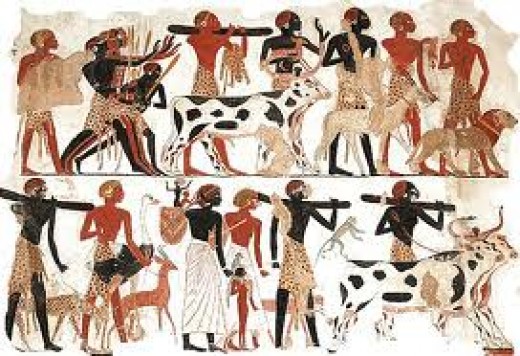 The king was also known to pay the people belonging to the lower class for their services. Work was hard, but they could also afford jewelry made from items other than gold and afford trendy garments. But there was no opportunity for them or their children to move up the societal ladder.

Slaves were the most disadvantaged among ancient Mesopotamia classes. Sumerians were known to bring over slaves as bounty after conquering a town. They were treated as prisoners without the modern day firewalls that prevent abuse.

They were traded and worked for the wealthy, the temple and the king. Records from the period indicate slaves were priced more than a cow, but less than a donkey.