What is Akkad in Mesopotamia?

Akkad is the ancient region which is now known as Central Iraq. Akkad was the northern division of ancient Babylonia. The name Akkad is taken from the ancient city of Agade founded by the Semitic conqueror Sargon about 2300BCE . He came to power in 2334 BCE , the then political turmoil contributed to the speedy conquest of Sargon on the Mesopotamian plain. Sumer was divided politically between competing city states each controlled by a dynasty of rulers. The succeeding period ca 2350-2150 BCE is named after the city Agade or Akkad. the Semetic monarchs united the region under their control by conquest.  Once the South of Mesopotamia came under Sargons control he went on to create the very first multi-national empire in history.

Is Akkad a Mesopotamian city  ?

Mesopotamia had been ruled by various Sumerians , Akkadians Babylonians, Kassites ,Assyrians Chaldeans. The first Empire to rule all of Mesopotamia was the Akkadian Empire. It lasted for around 200 years from 2300 BC to 2100 BC. Akkadians  originated from “the Subartu” ( who were mountainous tribes ) living in  the upper country, they were attacked by Sargon also known as Sargon of Akkad (2334-2279BCE). They were brutally swept by Sargons army and were compelled to submit to him. Sumer which was known as a cradle of civilization and other cities like Erech, Kish, Ur which flourished under Sumerian kingdom were occupied by Akkadians who suceeded them. tradition credits Sargon as being he cupbearer of the kings of Kish. Kish was one of the powerful city of northen part o flower Mesopotamia.

Why was Akkad important to Mesopotamia?

What did the Akkadians contribute to Mesopotamia?

Much is not known about Akkadian culture and history. However, Akkadians were Semitic people living on the Arabian Peninsula. By 2430 BC, they came in conflict with the Sumerian city states. Sargon conquered the nearby city states and built this empire. It is the inscription of Enshakushanna of Uruk references of Akkad was found for the first time . The Semitic language of Akkadian was spoken in Akkad.The beliefs and capacity of the empire was mirrored in creativity that first presented strong educational progression accompanying the Early Dynastic ending. When fully developed, it arrived be from a deep new creativity that marks few of the peaks of imaginative realization in the history of the old planet. A new prominence on naturalism, signified by delicate shaping, is exhibited in masterpieces of overwhelming grain relaxation sculpture. Although little big skill of the ending remains, a colossal body of text of in a welcome manner incised Akkadian seals preserves a rich symbolic representation illustrating interplays middle from two points man and the divine realm. They used advanced mathematics and came up with the base 60 minutes system of an hour. Sophisticated mathematics were used to study the sky one earth year was divided into 12 periods which were named after the different constilations these methods were later used by Greeks to produce the Zodiac system. The seven days of a week were named after 7 Gods. Education was greatly encouraged.

The  Akkadians were followers of polytheistic Sumerian religion. Under Sargon’s rule Akkad was chosen as the capital of the empire. The earliest Akkadian names and words occur in 27th century written sources.  The Akkadian language and literature began to grow tremendously.The old Akkadian pattern of writing is known for its aesthetic value.

Sumerian literature continued in rich development during the Akkadian period. Enheduanna was the “wife (Sumerian dam = high priestess) of Nanna [the Sumerian moon god] and daughter of Sargon . Enheduanna who lived from 2285-2250 BC  was famous as the first poet in history. Her known work includes  Hymns to the goddess Inanna in an account names In-nin sa-gur-ra and the Exaltation of Inanna.It is said that the Akkadian empire contributed tremendously to Mesopotamian culture. Arts and sculpture reached perfection during this period.

Sargon governed welcome rule for 56 age. During that time, he created the city of Agade (uh-GAH-duh),in northerly Mesopotamia, the rule’s capital [capital: a city that is to say the center of administration] . He amplified the city accompanying testimonials [tributes: resources shipped from individual country or emperor to another as a sign that the different is superior] composed from people as political whole he overcame. Agadebecame a enlightening center, accompanying many cute synagogues and palaces. It was individual of the most well-supplied andmost effective capitals in the world.The Akkadians grant permission have governed Sumer, but the Sumerian breeding lived on. The Akkadians farmedutilizing the Sumerians’ watering methods. To record facts, they secondhand Sumer’s system of printing on paper calligraphy. They even honored the alike gods and goddesses, even though they named bureaucracy by various names. Religion stayed principal to the people, and kings resumed to rule by means of source of insignificant criticism.

Sargon was succeeded by Rimush who was followed by Manishtusu, Naram-Sin, and Shar-kali-sharri. Naram-Sin, grandson of Sargon was addressed as the ‘God of Agade’. He possessed an army of 360,000 men.All these kings together reigned for a total period of 142 years.The empire had a well built transport and postal system. By the end of the reign of Shar-kali-sharri, Akkadian empire began to collapse. There was an outright invasion by the Gutians and  other reasons like falling rainfall responsible for the decline. the fovernanace was centralized by uniting the city -states.Tax system was prevelant for maitainance of canals for irrigation and roads for transportation. 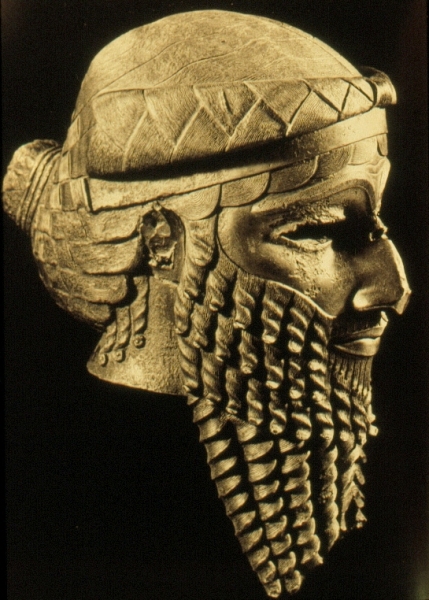 Akkadian empire timeline  The Akkadian period is generally dated to 2334–2154 BC (according to the middle chronology). The short-chronology dates of 2270–2083 BC are now considered less likely. It was preceded by the Early Dynastic Period of Mesopotamia.

What was one important feature of the Akkadian empire in Mesopotamia

The two Mesopotamian inventions considered most important are writing and the wheel. Although some scholars contend that the wheel originated in Central Asia (because the oldest wheel in the world was found there), it is generally accepted that the concept originated in Sumer because of the production of ceramics.