Mesopotamia, as generally known, developed writing. There are literally hundreds of thousands of clay tablets and other documentary evidence which shed light on that civilization’s condition and social evolution, and over the years a number of books and articles have appeared which purport to explain the laws, myths, forms of commerce, technology and other aspects of Mesopotamian culture, from the time of early Uruk to Alexander the Great.

During the decline of the Ottoman Empire and the growth of European political interest in the Middle East, explorers, adventurers, and diplomats began to rediscover the world of ancient Mesopotamia. One of the first to generate public interest in the antiquities of the Near East was Claudius James Rich, who explored the mounds of Babylon, Nineveh, and Persepolis as Resident of the British East India Company in Baghdad.

Levelled over the centuries by rain, floods, and shifting sands, the mud brick cities and temples of Mesopotamia were buried, leaving only the shapeless mounds that still stand throughout Iraq today. Called “tells” – meaning “hills” in Arabic – these mounds remained largely untouched until European archaeologists began exploring them in the 1840s.

Generally, people speak of north and south Mesopotamia, most prominently during the Sumer (south) and Akkad (north) periods between about 3000-2000 BC. However, the histories of the north and south dating back to the sixth millennium BC are divergent; and later the Assyrian kings did their best to unite the two halves. 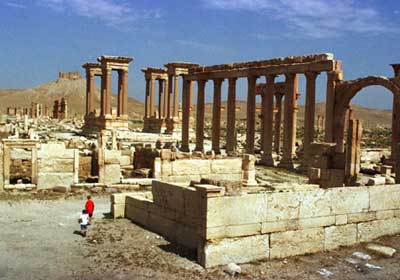 An area of keen interest for the researchers was the Hammar marshlands, located south of the Euphrates River in Iraq and Iran, which were drained between 1950 and the 1990s, in part, to facilitate oil exploration and development. But after the first Gulf War, former Iraqi President Saddam Hussein diverted the Euphrates River away from the area, causing the marshlands to almost entirely disappear, while at the same time making it more accessible to archaeologists.

In 1979, the Iranian Revolution closed that country to foreign archaeologists, who redirected their efforts toward excavation of sites in Iraq, even during the Iran-Iraq war, and surveys in Syria and southeast Turkey.