History speaks volumes of the Mesopotamian civilization whose progress was mainly governed by its abundance of food that was available. 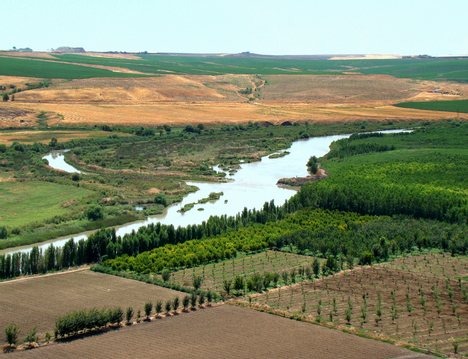 Fishing was another very important source of income for people. Two important rivers Tigris and Euphrates helped them find good catch which was a staple food for the people of this civilization. A lot of other aquatic animals were used in the commercial sector of the Mesopotamian civilization.

Dates were a very important food for the people of this civilization. It mainly grew in river marshes, supplied fibres, fodder, wood and rich healthy food. This civilization flourished mainly because of the trade and commerce which made the civilization emerge as a powerful leader in the agrarian trade internationally.

Though the climate was characterized by dry hot weather, the rivers of the region, the Tigris and the Euphrates helped in irrigating the soil on the river banks which helped the farmers to grow a variety of crops which needed fertile soil to grow.

Leeks and lentils, vegetables like Onions and Potatoes, wheat and barley all grew in full form readily and were soon available to the Mesopotamians. It was commonly consumed. A lot of herbs, fruits and vegetables grew too in addition to spices which was the peculiarity of the Mesopotamian cuisine.

There was a vast production of grapes and it was widely used to produce wine. It was native to the area. The area was also very rich in oil which not only was used in purpose of food and cooking but also helped to make medicines, perfume base and other things like lamp fuel and so on.

The area mostly grew because of its agrarian base and the civilization hence emerged as one of the most powerful ones in the world and people still find valuable historical worth regarding evolution of present societies by studying the culture of these ancient civilization.