The Mesopotamia Persia relation has triggered interest in recent years due to the volatile environment that exists today. The area known as Mesopotamia in ancient times was between the two rivers, the Tigris and Euphrates. If you consider the present geographical scenario, the region consists of much of Iraq, parts pf Syria, Lebanon and Israel. 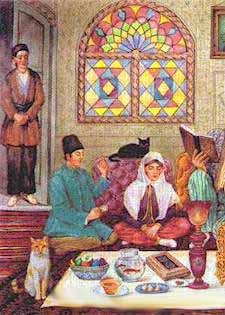 In modern times, the region is riddled with warfare and politicians across the globe have their eyes transfixed on the leaders and the people as well. Cyrus II founded the Achaemenian Empire, forged Babylon and assumed the title of a king of the lands.

His son, Cambyses was appointed as deputy king and lived in a place called Sippar. Persians always depended on the priests and the wealthy trading community for support and Cyrus always talked with pride about his conquests of the Babylonian city. 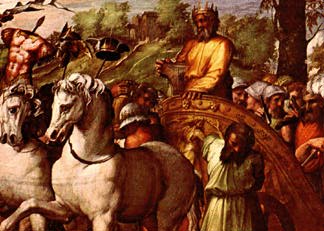 There was another usurper named Nebuchadrezzar who was inciting a series of rebellions where plunder and executions were the order of the day. But Babylon was always known as a wealthy land compared to Assyria and the administration was primarily in the hands of the Persians.

But rebellions and warfare followed soon after and the famous statue of Marduk was melted, priests were killed and many holy places like the Tower of Babel were destroyed.

Persians came to be known after 6 BC:

Persians, according to historical records were shrouded in mystery till 6 BC and they lived in the eastern part of Mesopotamia. They were mostly different groups belonging to Indo-European tribes, but had their own culture and religion. A new religion triggered the growth of Persian power in Mesopotamia and in course of time, the Persians created the most powerful empire known in human history during those times.

By 496 BC, Persians managed to wrest control of Mesopotamia and much of the world stretching from Macedonia to Egypt, Palestine and the Arab peninsula to India. But, according historical records,

Persians lived in a place which is now known as modern day Iran and were least affected by the struggle for power that was prevalent in Mesopotamia, Palestine and Egypt. There were vassal states as Persians never really united as a monolithic community.