The name Mesopotamia in Greek means the land between two rivers. Mesopotamia is located between the Tigris and Euphrates rivers making the region one of the most fertile lands around. Many civilizations grew on this spot owing to the two major factors which are necessary for any settlement.

Abundance of fresh water and fertile land for farming! The land was so fertile that people from near and far migrated to this region to settle down here. Initially these regions were mere communities which farmed and lived together but over time the regions became Free states. 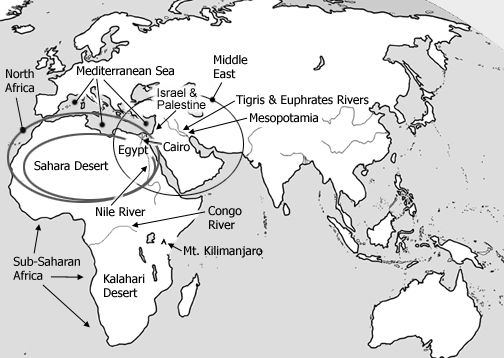 Mesopotamia has several achievements down its sleeve. As far as agriculture is concerned the state is said to have developed the first of ploughs. The development of irrigation canals was yet another landmark in the history of Mesopotamia.

Other important developments included the first form of writing. This was indeed like a dream come true. Writing meant one could preserve ideas, thoughts and even research work. It became much easier to pass down knowledge down the generations and also to keep record of things.

Mathematics and astronomy also saw new dimensions in this era. Architecture also boomed to extremes as complex structures started being emphasized upon in building cities. The invention and use of wheel is also first attributed to Mesopotamia.

The modern day Iraq was Mesopotamia in the old en days. One can imagine how developed and efficient this region was even 5000 years from now. Excavations in Iraq have led to the discovery of one of the most popular civilization of all times.

The region which once was a fertile and rich land is now mostly a desert. Once this land located between the two rivers used to provide surplus food products and a means to live life for hundreds.

Today however no traces of the same are found. Most of the findings in excavations are not even in Iraq. They lie in British Museums in the United Kingdom. Historians branded Mesopotamia as the cradle of civilization however all you will get to see on that very venue now is miles and miles of deserted fields.