Mesopotamian art reflects the ideas, customs, beliefs and way of life of their people. We know that Mesopotamian civilisation comprise of the Sumerian, the Akkadian, the Assyrian and the Babylonian cultures. 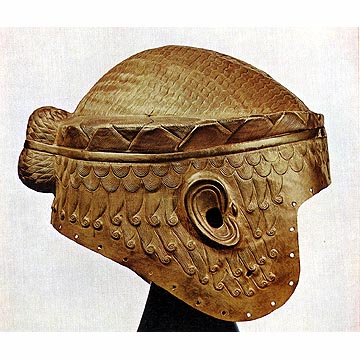 Mesopotamian art include both cylinder seals and clay plaques and the bigger ones created for the temple and the king. Art was made from natural resources such as stone, shells, alabaster and marble. 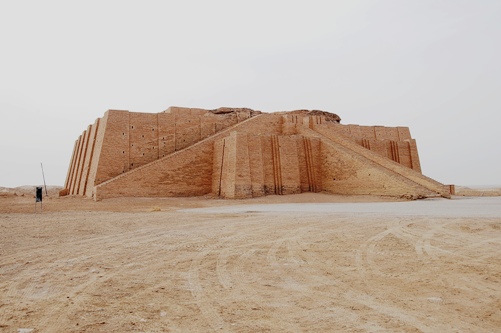 The Sumerian palaces were beautifully decorated with gate guardian figures. Sculptures were erect, stylised figures characterised by clasped hands and huge eyes. It was the Sumerians who produced many small, finely carved cylindrical seals made of marble, alabaster, carnelian, lapis lazuli, and stone. A Sumerian container inlayed with shell, lapis lazuli and limestone depicts war and peace. 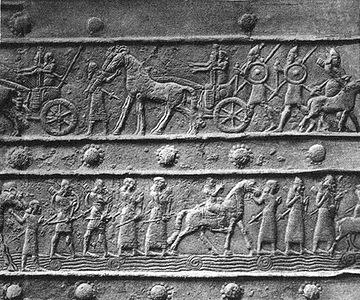 Akkadian art, though short lived was unique and of high quality. The headless diorite statue of king Manishtusu and a bronze head of a ruler are beautifully modelled. In the victory stele of King Naram Sin, the king is portrayed larger than his soldiers and wears the horned crown of a god. The starts above him indicate his divinity. This is the first work that regards man’s status equal to that of god.

Assyrian art form was narrative relief sculpture. Their art was mostly based on trade and warfare. Palace of Ashurbanipal was a 7th century BC work. They carved reliefs from stone which include dramatic scenes of a lion hunt.

It was in 6th century BC that Babylonian art came into prominence. The Babylonians practised all the Mesopotamian arts and excelled in brightly coloured glazed tiles, used to create relief sculptures.

The best-known piece of art of the Old Babylonian period is the stone stele inscribed with the law code of Hammurabi. The Ishtar Gate, dedicated to the Babylonian goddess is made from blue-glazed brick with images of alternating bas-relief dragons and wild cattle.

Cylinder seals, small stone cylinders covered with a design were the oldest form of art. They were also used as jewellery or magical amulets. The seal represented a particular individual. Many cylinder seals of the Assyrian period depict combat between a superhero human and a monster.