It sometimes appears paradoxical that the same reasons which resulted in the dominance of an empire may end up being the reasons of its destruction. How did Mesopotamia, one of the most wonderful civilisations of the ancient world, decline is an interesting question to consider. It is said that the Sumerians ceased to exist as a civilisation by 2000 BC. 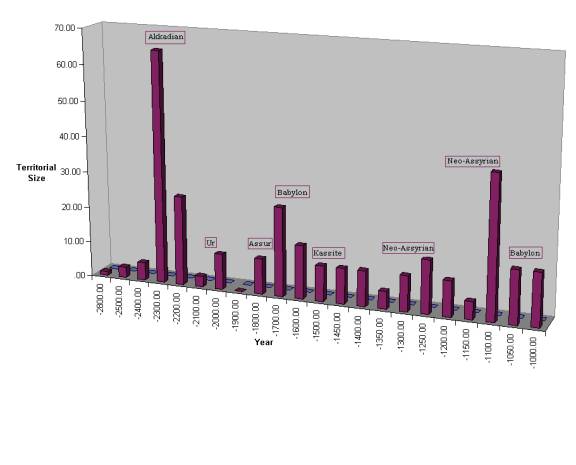 Historians attribute many reasons for the fall of Mesopotamian Empire. Some say that there was overcrowding which subsequently led to pollution along with other reasons like war and changes in the environment.

The rivers were higher than the surrounding plain because of built-up silt in the river beds, so water for irrigation flowed into the fields by gravity. Once the water was on the fields, it could not readily drain away because the fields were lower than the river.

As the water evaporated, it not only left its dissolved mineral salts behind, but also drew salts upward from lower levels of the soil. By 2300 BC, agricultural economy of the Mesopotamians began to shatter as the soil could no longer support plants.

Historians also opine that wars were an important cause for the collapse. In 2000 BC, the last Sumerian dynasty fell and for almost a century, Mesopotamia was a place of chaos and confusion. In 1900 BC, Amorites captured the region and centralised the government over various city states.

Finally, it was the invasion of Hittites which marked the end of Old Babylonian Empire in Mesopotamia during 1900 BC to 1600 BC.
This article gives information on: Reasons for End of Mesopotamian Civilisation