All civilisations in the world spent their leisure time in sports, games or other entertainment. Mesopotamia was no exception. Many of the games of ancient world are similar to modern ones. Entertainment was part of their daily life. Games and sports were held in holidays and festival days. 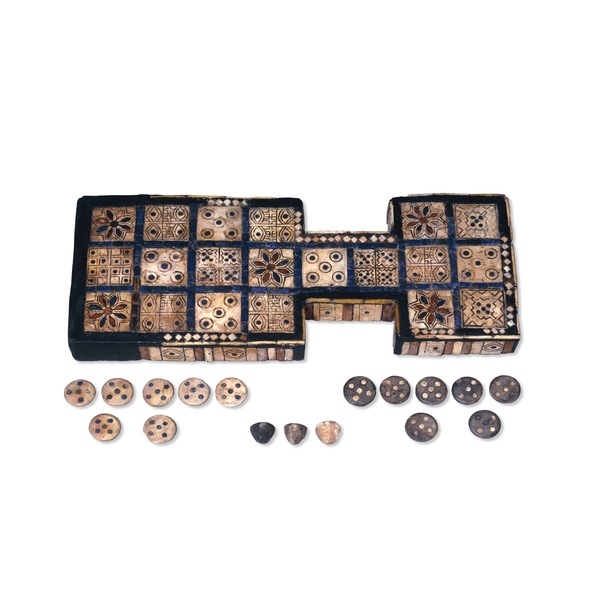 Besides hunting, boxing and wrestling were popular means of entertainment. Some form of polo and rugby also amused the Mesopotamians. Board games similar to Senet and backgammon prevailed. Many forms of toys like toy guns, boomerangs, throw sticks, rattles were used by children.

Hunting was a very popular pastime of the Mesopotamians, especially the kings. Hunting scenes are depicted in the walls of ancient palaces. We know that Assyrian kings enjoyed hunting lions, elephants and ostriches.

Lion hunting by the king was a horrible event. Lions were put in wooden cages. Then, the lion was released to be attacked by dogs and beaters. The beaters would beat the lion with sticks and drive them to the king who killed it with a bow or spear. Religious ceremonies were conducted after the death of the lion.

Knowledge about board games is obtained from archaeological excavations. Boards were made of clay and stone. The game of twenty squares was similar to the Egyptian game. It involved a race using pieces that moved according to rolls of the dice. It is said that this was the favourite of palace guards.

Two lot boards contained instructions about how the game was played. 84 sections were drawn on the ground and the names of pieces were eagle, raven, rooster, swallow etc. Disc was an important throw subject. Dices were bone, clay, stone or even glass cubes.
Joint bones and throw sticks were other throw objects. Backgammon was a game which largely depended upon luck. The movement of the pieces along the board depends on the numbers thrown. At around 2000 BC, the six sided dice was developed.

Both action and non action toys were loved by the children. Sling shots, bows and arrows, spinning top, puck and mallet, hoop, balls etc were the toys of those times. For role playing, kids used miniature furniture such as tables, beds, stools, dolls and small-sized animals. There were miniature vehicles like cats, wagons, chariots and ships.