A student of history or geography will at least once surely go through the blank map of Mesopotamia. It is indeed a matter of intense interest to fill in Mesopotamia blank maps imagining what would be the real scenario then 5000 years from now. 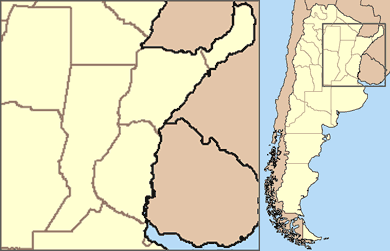 The now Iraq was once a land called Mesopotamia lying between the two rivers Tigris and Euphrates. The immense fertility of the land coz of the silt deposit over the ages made it an apt place for the development of a civilization. In fact more than just one civilization grew up in this spot famed as Mesopotamia.

People from near and far migrated to this spot knowing that the land here gave surplus food production. It was profitable indeed; besides farming used to be the most popular job opportunity in the ancient times.The only problem lay in the fact that the two rivers often overflowed leading to devastating floods.

This was a problem yes but not something that the intelligent Mesopotamian’s couldn’t take care of. The masses devised methods to reduce the devastating effect of floods if not stop them completely.

Building proper irrigation systems was the first food forward in this direction. The Mesopotamian’s thus developed means to properly utilize the abundant water available all around them.

The ancient civilization is also branded with many landmarks like the discovery of writing. This indeed was a huge gift to mankind and created a revolution in the world of record keeping. Passing on information was so much easier now.

The discovery of the wheel was again a revolutionary change in the transport system. Domestic animals were now used to pull wheeled carts with renewed ease.

If we look up at the venue where the once flourishing civilizations of Mesopotamia stood all you will find is miles and miles of desert land. It is no more the fertile land which once attracted migrants from near and far.

However the excavation sites promises you a journey of a life time, the journey of the cradle of human civilization. Do not just stop at filling blank maps of Mesopotamia go ahead and visit the land which once was as developing as any other modern day city.