Mesopotamia, the beautiful land between the two rivers Tigris and Euphrates, was an enigma in itself. It has set forth an example which is not easy to follow. Ancient civilizations in this region achieved such goals 5000 years back which are even difficult today. 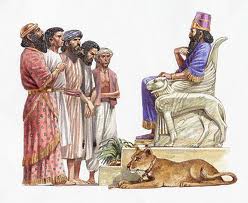 Also an interesting point here is that the first seeds of urbanization were sowed here in Mesopotamia. It is indeed quite queer to evaluate as to how the ancient people achieve what seems difficult even today.

Amongst the landmarks which set Mesopotamia apart from the others is the discovery of writing in its primitive form, use of wheels, advanced techniques to boost architecture, irrigation systems, etc.

A city can never develop without the leadership qualities of an efficient leader. Mesopotamia here was no exception. Initially it was the high priest who was held in very high respect amongst the masses. His words were more important than any leader or ruler.

His advanced knowledge endowed him to this high post which only got him more and more respect. Being a priest was not any man’s job as it was generally the priests’ sons who became priests down the generation. The job responsibilities of these priests were vast and varied.

Right from conducting special occasions at temples to educating children and healing the sick, priests seemed to be all over the place. They were also known to have distributed work on farms amongst groups of farmers.

Having a priest as a leader of Mesopotamia was decent enough but situations often arose when the city needed a real ruler or king. It was when the cities were at saturation with reference to their economy that rich states attacked each other to gain riches and control more land.

Strong men were then required to defend the city and drive the attackers away without letting them harm any innocent civilians. The first of kings arose from these very situations. It then slowly became mandatory to have a king. However it was not for anyone to be a king. It was only a son of a king who could take his place on the throne.