Supernatural powers always seem to have had a big say in all operations of the ancient civilizations. Beliefs and superstitions were usually different for different civilizations but the fact remains that all of them relied heavily upon worshiping the deities. 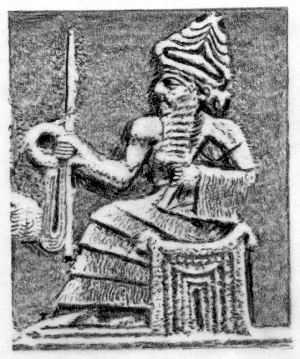 In Mesopotamia the common belief was that the earth was actually a flat disc and not a globe. The masses were of the opinion that above the flat disc was heaven and around it a huge holed empty space. Water according to popular belief was the source of all origin. It was believed that water was all around them.

Now we all know where there is religion there’s the provision of priests. Mesopotamia was no exception. Priests in Mesopotamia were held in high respect and were responsible for some of the most holy and important chores at hand.

A high priest in Mesopotamia was expected to carry out important religious ceremonies in the city’s temples. He would also write sacred books on gods and goddesses. His job also involved the training of other priests and passing on all his knowledge to the following generations.

He would give lessons on keeping track of the ancient calendars, studying stars and predicting the future by their movements. Curing the sick and diseased was also a very essential trait of priests’ in Mesopotamia.

Except for all this in order to maintain his high reputation amongst the masses priests had to be very knowledgeable and hence keep researching on new and old topics.

The ordinary priests too had varied responsibilities. One job that priests were entrusted with was making groups of farmers and then assigning them particular work on specified lands. His responsibility also included seeing to it that the production was harvested well in time and distributed fairly amongst the masses.

Except for these basic responsibilities priests also used to act as record keepers for kings. You can well understand how high in trust they were held in all over Mesopotamia. A few of the gods of this civilization were: Anu (lord of the sky), Enlil (the most powerful amongst all the deities of Mesopotamia), Enki (the rain god), Gala (the sun god also known as the god of justice), etc.