Mesopotamia is credited with many an important discoveries and inventions. The land between the two rives Tigris and Euphrates where many civilizations grew up over a good period of time indeed gifted the world many a prized possessions which changed the very coarse of our lifestyles. 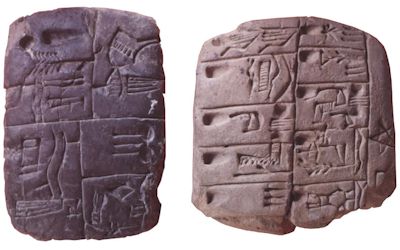 Not only was this culture advanced in terms of smarter tools and mechanisms but also was it more educated and knowledgeable. The Mesopotamians had the hunger to learn more and also the desire to pass on what so ever they found out. This was indeed very helpful for their descendants.

The biggest revolution in the field of education took place when the civilization laid the foundation of the world’s first writing technique. Storing information and passing it on became child play.

The huge discovery meant every minute detail of what had to be passed on could be penned down without any mistakes. Word of mouth might have a few minor yet vital missing points however the art of writing eliminated this risk factor.

Education in Mesopotamia was considered to be of prime importance as the elders wanted to pass on all their findings. Record keeping was thus one of the most essential elements of this civilization.

Everything from the smallest detail to the broadest stories was penned down to pass on. This language was called cuneiform and everyone wanted to know this art of writing.
The basic problem with the education system then was that only the boys were educated and the girls were all left out.

The primitive thoughts of the civilization did not allow them to send their daughters out to gain education. This was indeed a major drawback of the education system of this era.

You either did as you were instructed or were whipped bad by your teacher. Punishment was inhuman but students still longed to go to school coz they were keep on getting the knowledge.