Slavery, unlike today, was very prevalent and popular in ancient cultures and is very evident in the Mesopotamian society. The civilization which was known for its advancements in all the fields of livelihood was actually a primitive somewhat semi barbarian civilization.Slavery existed and loomed large all across Mesopotamia. Here are details. 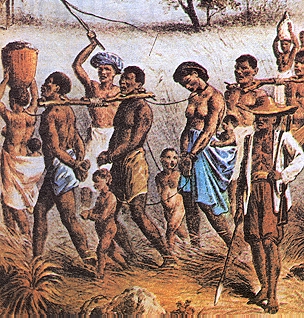 In ancient times, crimes such as assaulting one’s elder brother or mother were punished by subjecting to slavery. Thus, slaves were mostly obtained from war captives and criminals. Slaves were made to wear skirts made of cloth that were tied along their waist, extending up to their knees and as long as the owner so desired.

It is widely believed that slavery came into being as a major institution with the development of agriculture, sometime around 10000BC. In ancient Mesopotamia as agriculture required labour, slavery was seen as a profitable way of exploiting war captives, warriors and civilians like. Thus, this helps conclude that people constituting the same society weren’t taken into slavery. 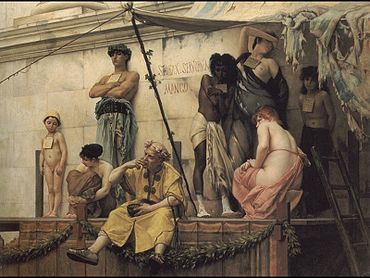 However, there was a drawback and not many slaves could be used by nomads as it was difficult for such people to supervise, control and manage slaves on a large scale. Besides these, a man could be subjected to slavery if he simply owed debt. Debt could be settled by slavery in various ways. Repayment was possible by sending one’s wife and children into slavery for a period of time.

Slaves, in most cases were used in temples and public buildings; the exceptions being homes of wealthy private individuals. Females comprised most of the slaves in temples, who carried out everyday domestic chores, while royal (public) slaves were used to construct buildings, forts, roads, fortifications and other structures. On the other hand slaves of private citizens carried out mostly domestic works.

Laws governing the slaves were very harsh, especially for slave who escaped, tried to escape or were unruly and disobedient. However, despite the prevalent harsh laws, slaves did posses a number of privileges like permission to own property, take part in business, marry any individual-slaved or free, and could then eventually purchase their own freedom.